Minister of Youth and Sports of Ukraine Igor Zhdanov visited our city on January 28, 2019. His working visit took place in the framework of the transfer of the status “Youth Capital” from the Lviv to Kamianets-Podilskyi. Among the planned events is the celebration of the best sportsmen of our city, who achieved high sports results in 2018 and proudly represented Kamianets-Podilskyi and Ukraine at the national and world levels. The celebration took place at the conference hall of the university.

Ihor Zhdanov pronounced a welcoming speech. The Minister of Youth and Sport of Ukraine has noted the best athlete students: Alina Komaschuk, Dariya Bilodid, Igor Radivilov, Tatiana Shlopko, Ivan Geshka and others – who are the pride of national sport.

City Mayor Mykhaylo Simashkevich emphasized the importance of sport for every person. In addition, the mayor noted that the students of our university are an integral part of the victories and pride of the city over Smotrych. Igor Zhdanov and Mikhaylo Simashkevich awarded the top ten athletes in 2018 with certificates of the executive committee of the city council, personalized T-shirts and medals. The top ten included:

By the decision of the session of the city council for active citizenship, a significant personal contribution to the development of national sports and popularization of Kamianets-Podilskyi on the national and international levels Sergiy Chaika, the president of the city federation Taekwondo, the president of the sports club “Chaika”,  was awarded the honors of the City Council.

We hope that the honors will be a good stimulus for the following victories! 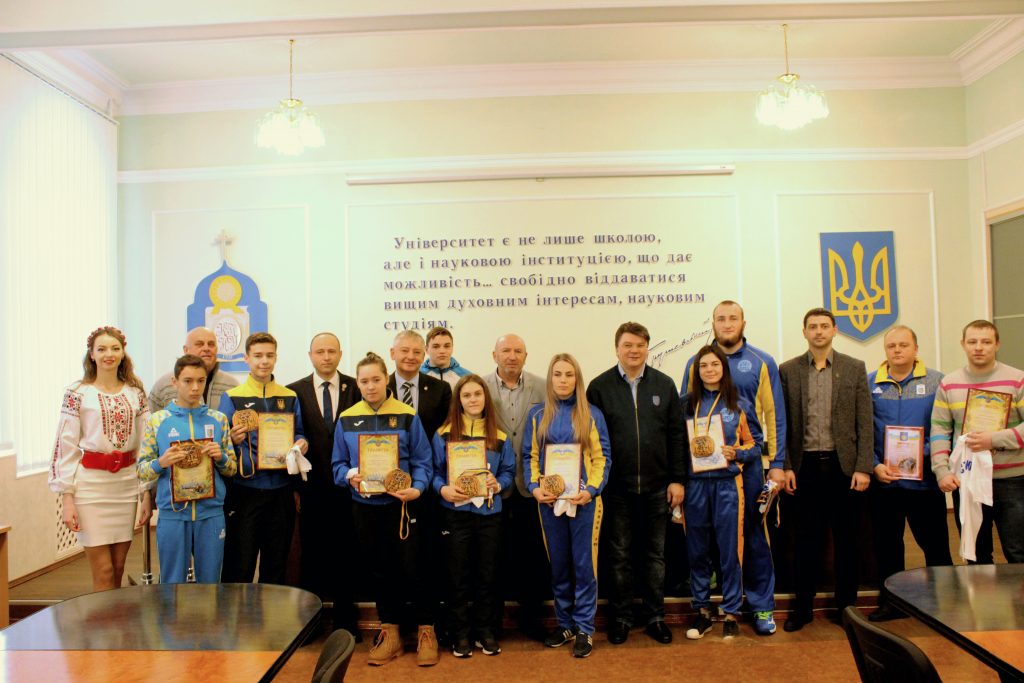 Press Centre of the University