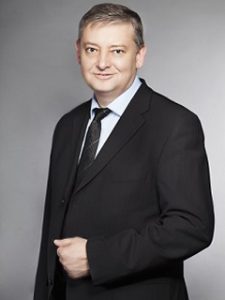 One of the greatest cultural achievements of the Ukrainian Revolution of 1917-1921 was the foundation of Kamianets-Podilskyi State Ukrainian University. This significant educational project has ripened and acquired the primitive outlines as a result of the awareness of the fateful challenges, which Ukrainians faced in times of crisis, war and revolutionary time. It was implemented by the active participants of the Ukrainian academic community, which was supposed to ensure its full functioning within the culture of revolutionary Ukraine.

The university was founded in accordance with the law approved by the Hetman of the Ukrainian State, Pavlo Skoropadskyi, on August 17, 1918. It reflected the cooperative intentions of the socio-cultural and political figures of that time and was the centre for creating a new cultural space. The first rector of Kamianets-Podilskyi State Ukrainian University was a perseptive intellectual researcher, a distinct public figure and professional organizer Ivan Ohiienko. He intended to make the university a bridge in the boundary region that would unite the Ukrainian nation, which has been formed within the cultural space of the Romanov and the Habsburg empires. “The foundation of higher schools is the first thing our people can boast of …”, – claimed Ivan Ohiienko. – Our university is the  Ukrainian institution according to its spirit and subsistence, and our goal is scientific research and education of youth. “

During the first year of studying, the university had three faculties: historical-philological, physical-mathematical and theological. There were 267 students and only 13 professors and teachers at the faculties. It was the beginning of the centenary history of  Kamianets-Podilskyi University. The entire galaxy of well-known Ukrainian scholars, government officials, writers, political and socio-cultural figures worked at the university.

In its centenary history the university has organized a solid educational and material resourses, has grown to the level of the modern scientifical,educational and cultural centre, which has prepared 90 thousand specialists for comprehensive and special schools, nursery schools, academic institutions and administrative sphere. The university is proud of  its graduates: 70 doctors and almost 500 candidates of science, honored teachers, scientists and technicians, workers of the Physical Culture and Sports of Ukraine, Masters of Sport, among them 44 participants of the Olympic Games, 16 of them won the Olympic medals (9 golds, 3 silver and 4 bronze ones).

Kamianets-Podilskyi National Ivan Ogiienko University faces the future with confidence. It continues to create its own history through joint efforts of teachers and students, tries to synchronize its activities in accordence with the European standards of organization of scientific work and youth education. I am confident that, while respecting our academic traditions, preserving our own identity and taking care of continuity, our alma mater will successfully overcome all the challenges of our time. The second century of success is yet to come!

Sergiy Kopylov, rector of the university